For Charmaine Clowney, chairing The Nick’s board is ‘just the thrill of my life’ 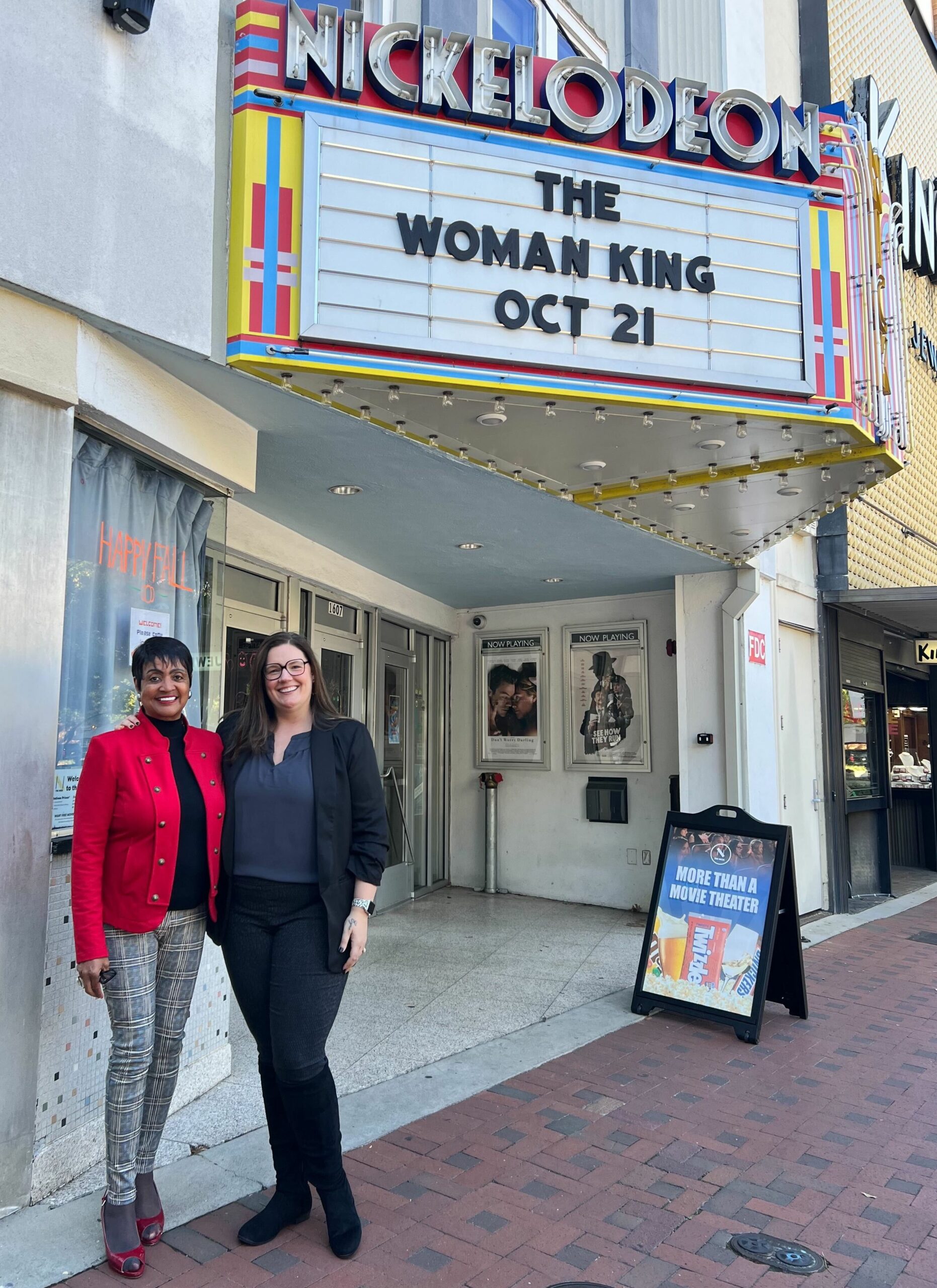 When Charmaine Clowney was growing up in Columbia, she developed an early love of music. She saw her first performances of opera and jazz. She saw the great Dizzy Gillespie play in person, right here it her hometown.

“The arts were a way of escaping, living in the segregated South,” she recalls.

But here in South Carolina, there were many things she could not do, and this was one: She couldn’t enter any of the downtown movie theaters – at least, not by the main entrance. She had to go around to the side of the building, climb dilapidated steps and make her way to the tattered seats in the “colored” balcony. It was that way at all the Main Street theaters – the Palmetto, the Ritz and the Fox.

Today, not only can she walk into the former Fox by the main entrance, but when she gets there, she’s in charge. She is the new board chair of the Nickelodeon, which is located in the renovated space once occupied by the Fox. She replaces Mark Cooper, who stepped down upon moving out of state.

“Holding this position in this beautiful theater in my hometown is just the thrill of my life,” she says.

And her joy comes not just from how much better the present is than the past. It’s also about the plans for the future that she, executive director Sumner Bender, and fellow board members have for the Nick and the rest of the community.

They see the Nick as a place that, in Charmaine’s words, “brings everybody together.” It’s not just about overcoming racial divides, but reaching out to include all tastes and interests as well. To this day, her favorite forms of music are jazz, classical and opera, but she’d like to see the Nick be a place for country-western fans, and everyone else.

Charmaine moved away from Columbia when she went to law school in Atlanta. She had been inspired to study law by the Civil Rights Movement. She moved up North, and became an administrator in higher education. She was vice chancellor of the University of Wisconsin-Milwaukee, and vice chancellor of diversity and equity in the Pennsylvania State System of Higher Education’s Office of the Chancellor. She also served as assistant district director for the U.S. Department of Labor’s Office of Federal Contract Compliance Programs, investigating workplace discrimination and harassment complaints.

“Working with Charmaine is such a privilege, because she has so much experience in different avenues,” says Sumner Bender. “She hasn’t just worked in one area. She got involved in multiple things that matter.”

“She’s very committed to make sure coming generations don’t have to struggle,” Sumner adds. “She’s interested in helping people find their own talents and their own areas to excel.”

Charmaine came back home to Columbia in 2016, and was pleased with what she found. Things had changed for the better.

She has loved getting involved in an array of activities – Trustus Theater, pride events, and of course jazz, opera, and classical music. She looks forward to the Nick being a means of pulling different groups together in common interest. “We’re going to be doing many partnerships,” she says.

Since returning, Charmaine has been doing some work with her own company, Clowney Consulting Group, which provides consulting and workplace harassment training for private companies, governmental entities, colleges and universities. But she just does that part-time. Beyond that, she’s retired – which means plenty of time and energy to spend helping the Nick realize all its dreams and goals.