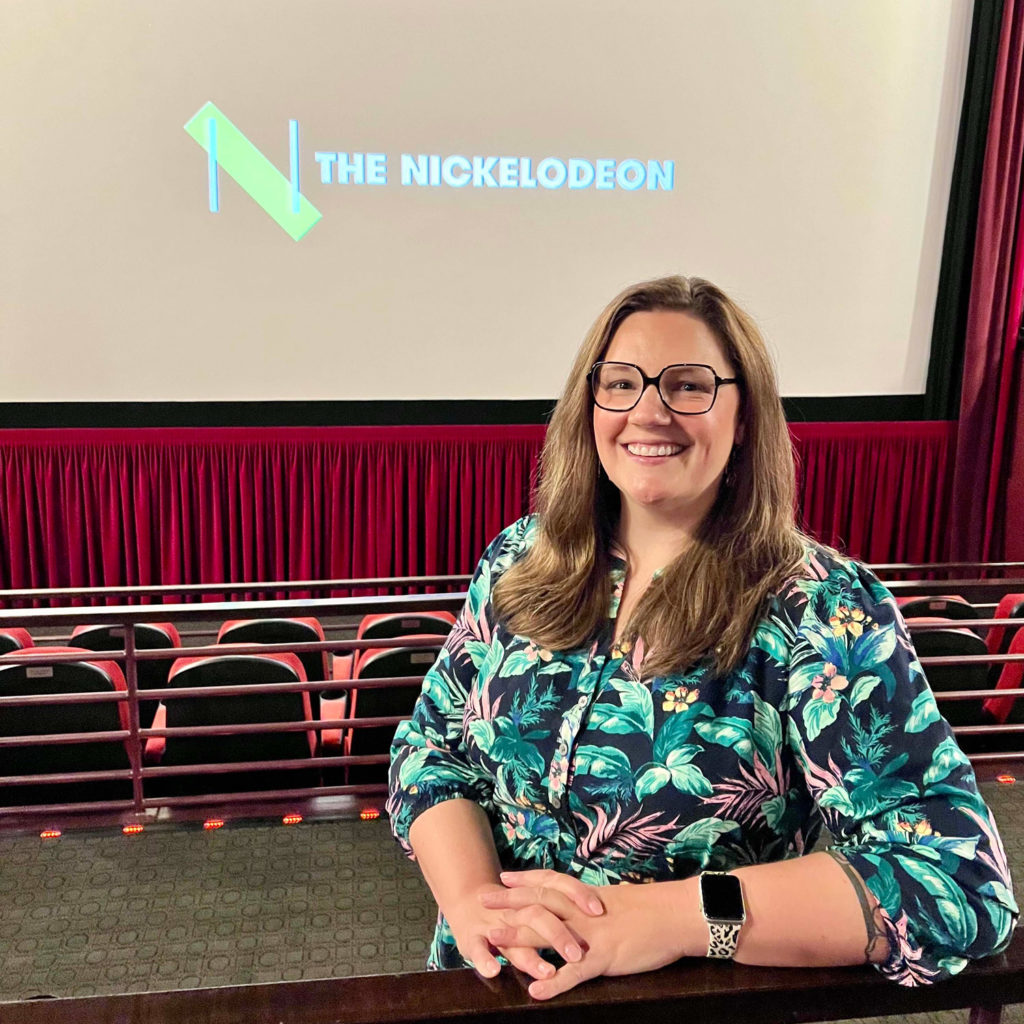 Sumner Bender, our new executive director, has been named to the Free Times Power List for 2022, as one of “25 people who continuously reshape and define Columbia’s culture.”

The newspaper says “Bender, a longtime board member of Trustus Theatre, has stepped in with enthusiasm and a penchant for the right messaging.” Read more here.

This is quite an achievement for someone who just started in the job on June 6 – and Sumner is excited about it.

She’s excited about a lot of things, marveling at how much she loves the job, and how the community has come forward to embrace her and The Nick as it steps boldly forward after two years COVID shutdowns and other obstacles.

She reports that she’s received “just a ton of support” from individuals and organizations in the community. “They’ll do all they can to help me succeed so The Nick can succeed,” she says. “To be embraced by the community so quickly has been really nice.”

Attendance has been growing rapidly, and is now at 64 percent of what it was before the pandemic. The theater’s movie buyer, who deals with many theaters in the region, has told Sumner that “The Nick is bouncing back faster than any other indy movie house in the Carolinas!”

Sumner attributes this in part to the fact that The Nick is showing a lot of popular movies, but even more “because people want to support the Nick.” Even when the same film is showing elsewhere, this is where folks choose to come see it. And not only because, as people keep telling Sumner, “We have the best popcorn.”

That means a lot to her, as it should to all of us who care about this cultural treasure in our community. And that seems to be the case: Aside from the increasing turnout of moviegoers, Sumner is overwhelmed by the number of community organizations that have been enthusiastic about participating in programs with the Nickelodeon.

And the support is in-house as well as in the larger community. Sumner has already hired 20 new people for the many part-time, rotating shifts that it takes to run a movie theater – bringing The Nick closer to its goal of being back open every night of the week. And the new team members are “diverse in age, race, and gender identity,” Sumner notes with satisfaction.

Once those positions are filled, she’ll turn to filling key full-time positions.

She says that “At the end of the day, I still have energy,” day after day. And she’s putting that energy to work for the benefit of The Nick.

It’s nice to have Free Times notice that.